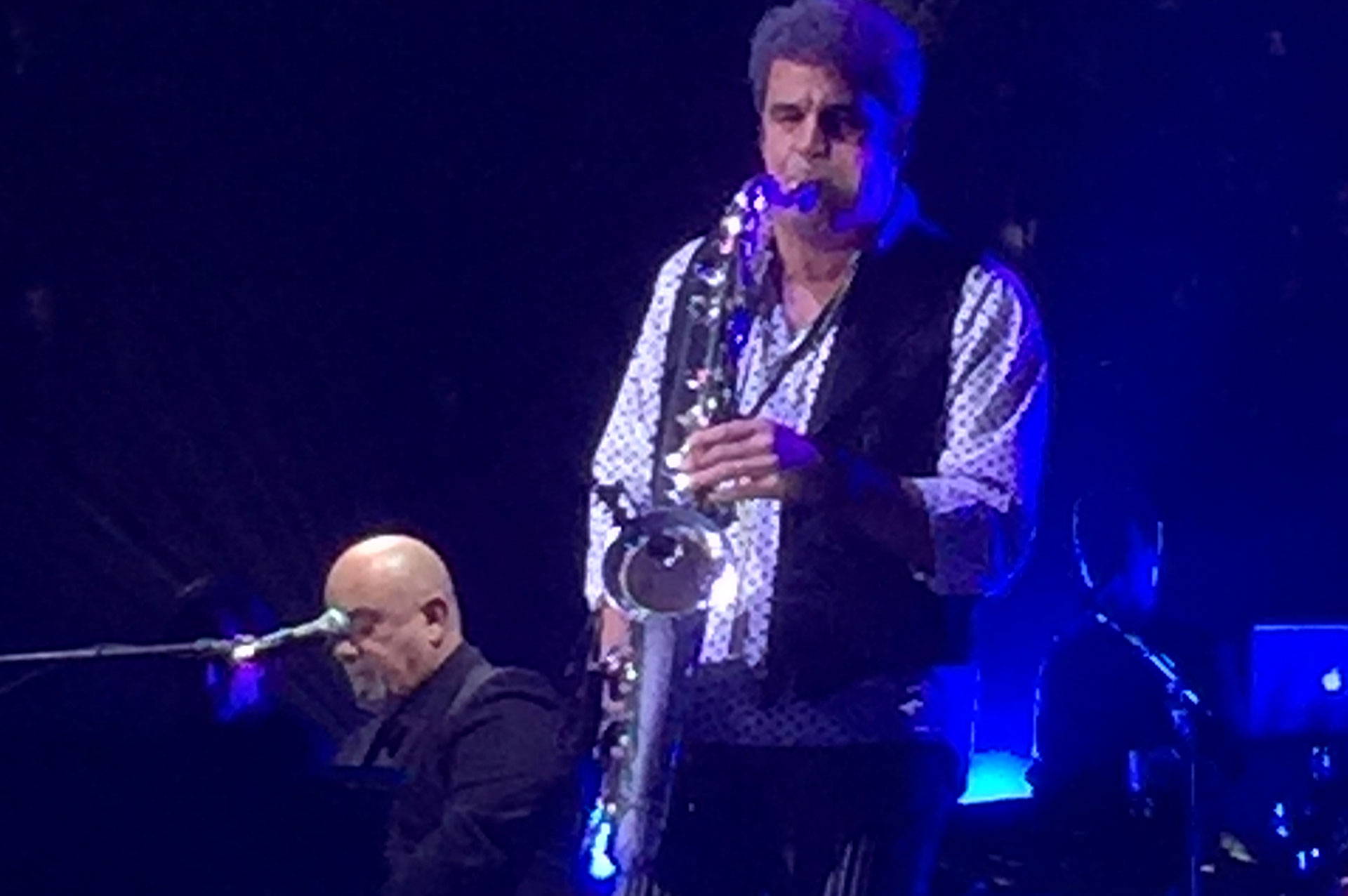 Mark Rivera is a Brooklyn born musician best known as Billy Joel’s saxophonist and musical director. He has worked with many big names including Foreigner, Peter Gabriel, and Ringo Starr and his All-Starr Band. 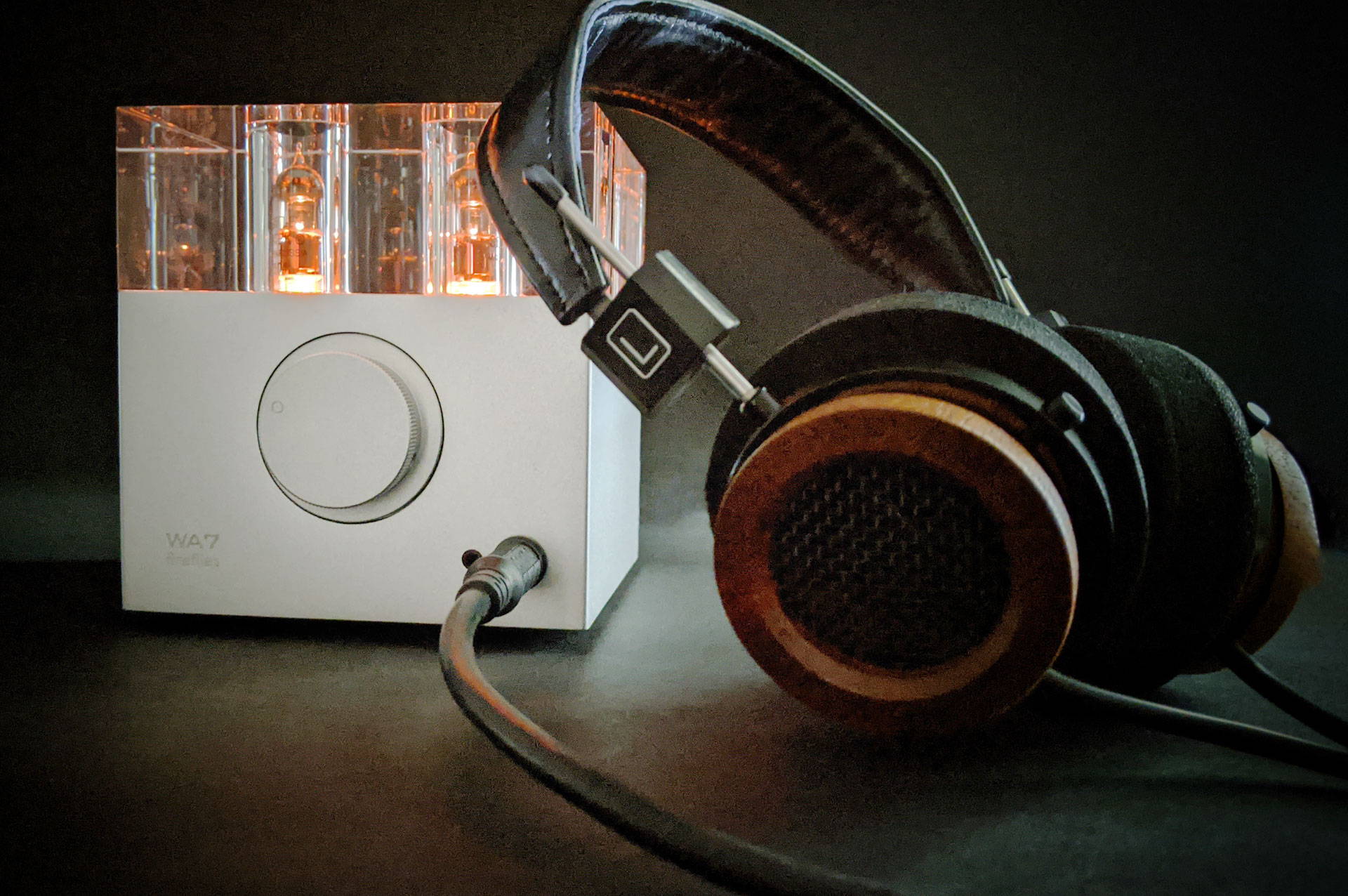 Founded in 2004, Woo Audio's mission was then, and to this day remains, to fulfill the desires of the most demanding audiophiles and delight both the listener's eyes and ears. 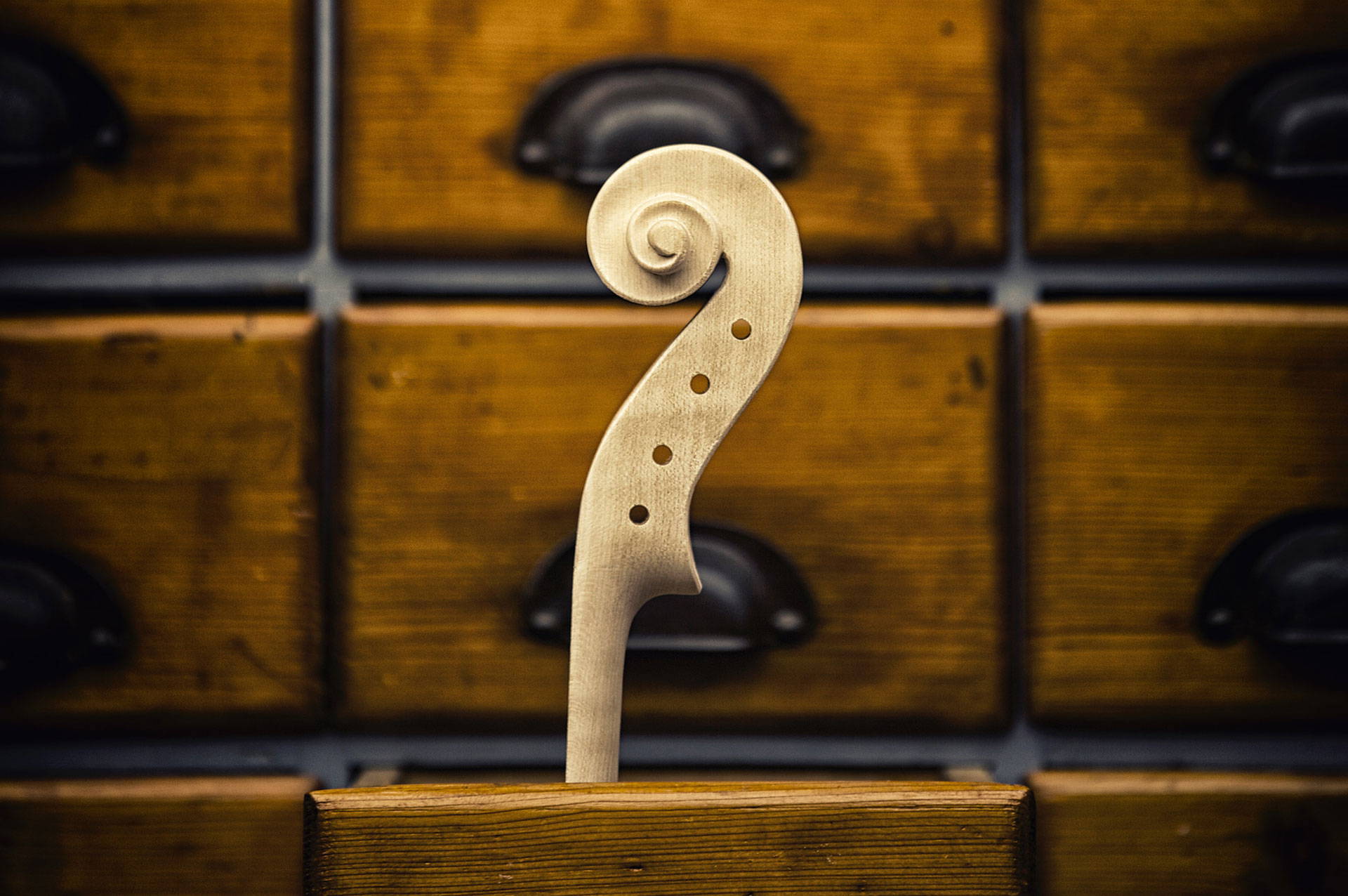 The relationship between wood and music is undeniable. Every species of wood has a distinct personality expressed through its tone. We'll give you the basics.

Our conversation with Mark Rivera

You’ve had a long music career alongside the biggest names in music. Why not front your own band?
I have had the opportunity to front a number of my own bands and I must say I love it. But what I love most of all is being part of a band that very dear friends and myself have put together. For example a band called Glad: The Music Of Traffic, as well as Mark Rivera’s 67’ Chevy. Getting to perform with different musicians is one of the greatest joys of all.

You’re from Brooklyn. Do you think your career and musical tastes might have been different if you were raised someplace else, like New Orleans or Chicago?
Brooklyn in the early 60’s was the absolute best place and time in my opinion. It was more than where I was born and raised … it was more who I was raised by and the fact that I was surrounded by amazing friends.

You’re half Puerto Rican, was Caribbean music an influence when growing up?
When I was growing up my Dad had the best stereo equiptment and the music that was always playing was Salsa, Jazz, Classical. But I’d play my Rock n’ Roll, R&B and, of course, The Beatles.

Many contemporary artists rely on robot talent, samples, beats and loops rather than traditional musical ‘chops’.  Have you ever worked on that type of project and if so how did it go?
I’ve experimented and continue to experiment with all types of music. I enjoy the fact that technology  allows us to play with musicians on the other side of the world as well as triggering sequences to spark emotions that otherwise would not have been there.  But I must say, there is nothing like  being in a room with other Musicians and reacting in the moment to what is happening. It’s like having a conversation.  That’s what I miss most of all right now.

Baby boomers treated music as essential fuel in the 60s and 70s, yet music education went out the window when that generation matured and came into power. What happened and how can we reverse it?
Regarding music education, and any artistic or vocational education for that matter, I think that unfortunately we’ve closed the barn gate long after the cattle have gone. It’s so far out my control and it’s a shame because there were a number of wonderful teachers that  completely changed my life. I only hope that parents will allow their children to explore the arts and follow their dreams. Hey, you never know how it might turn out. 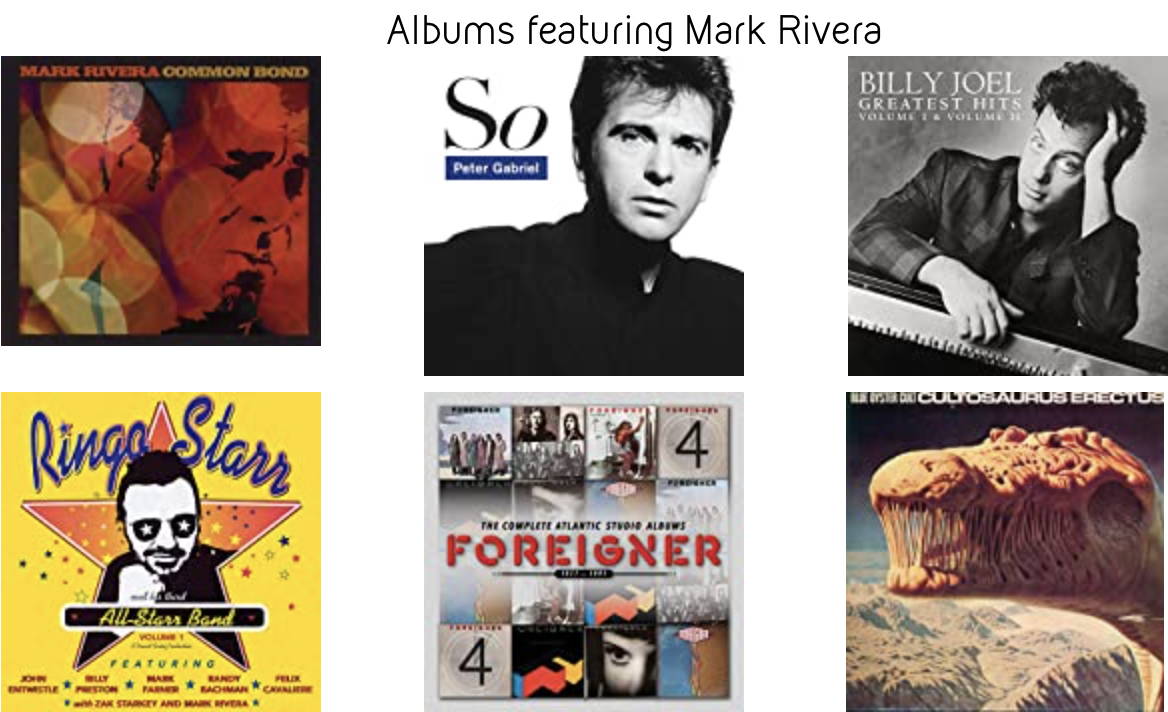 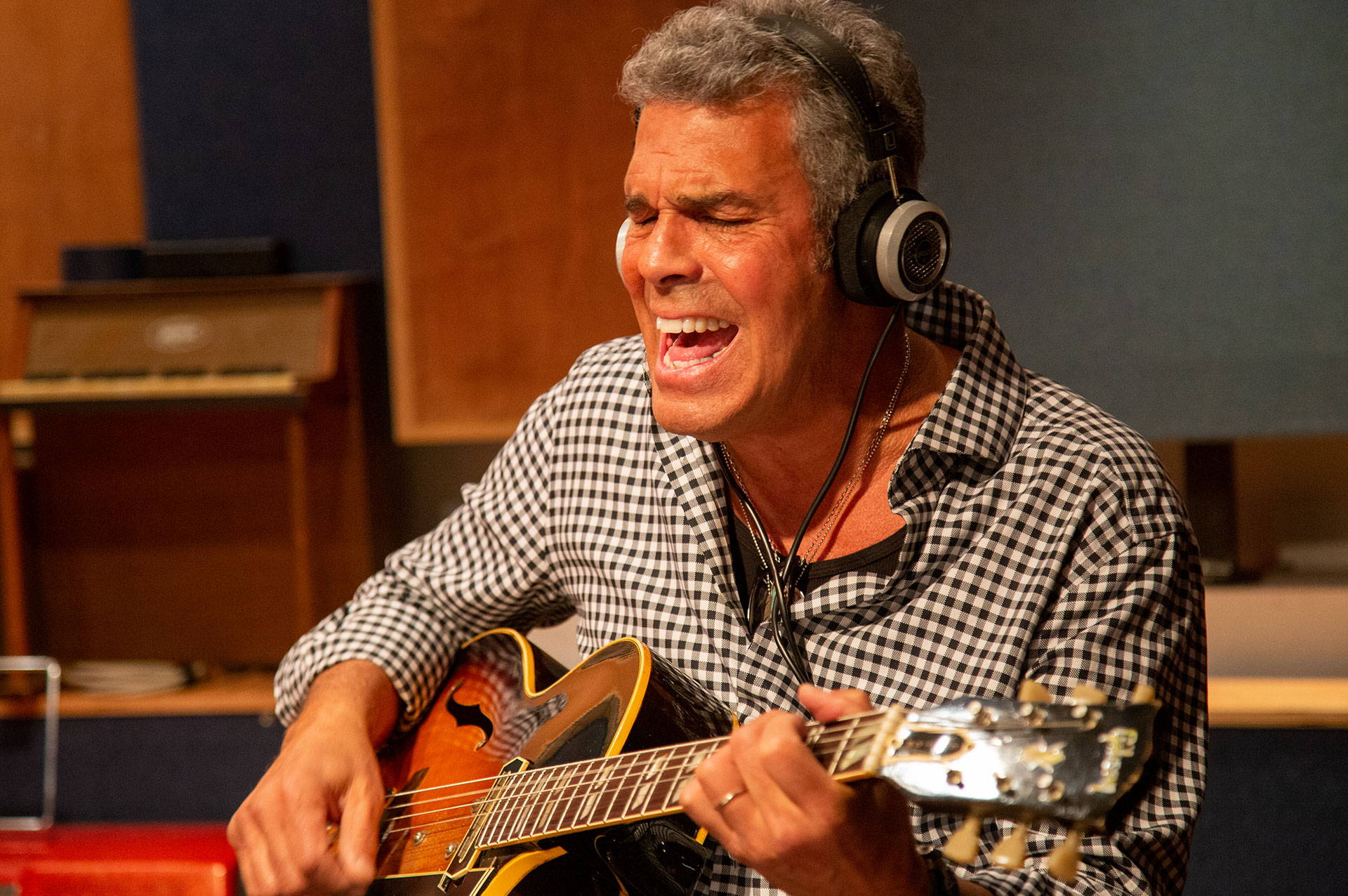 The Woo Audio WA7 fireflies headphone amplifier is a vacuum tube headphone amplifier fitted with modern amenities. It features the latest in DAC (Digital to Analog Converter) technology for today's high-fidelity digital music services such as Spotify HiFi, TIDAL, AmazonHD, Qobuz and Apple Music.
To deliver a rich, natural sound with crips, clean highs and accurate bass, the analog output stage is handled by two high-power 6C45 vacuum tubes. The vacuum tubes are protected inside a high clarity glass giving the WA7 fireflies a unique and elegant look on your desk. Setup is effortless. A single standard USB cable and power is all you need to start enjoying amazing sound through headphones from your computer or tablet.
In addition to the wonderful sound of their amplifiers. Woo Audio is our neighbor. Their products are designed and assembled in Queens, New York.
WA7 fireflies work in concert with Grado Reference and Statement Series headphones. Hear every nuance in your music like never before.

When choosing wood for creating items, usually it's the durability and the looks that come to mind. In musical instruments, an extra quality is considered, and this is the acoustic property of a specific wood.

Woods often used in musical instrument construction are called tone-woods, and they all have varying qualities. Hardwoods sound different from softwoods, and even then, the grain density and age of the tree all impact the tone it produces. Some popular woods serving as tone-woods include:

Spruce is an all-rounder when it comes to tone-woods for music instruments. It can work well with other woods, and it is used for all parts and in all musical instruments. It has a distinct resonance with excellent tonal clarity. The tone is well balanced, giving a solid midrange quality. There are two types, Sitka Spruce and Red Spruce.

Mahogany produces rich warm tones and good sustain. It also brings the best enhancement to treble and bass tones compared to other woods.

Rosewood is expensive because of its rarity and quality. It produces clear and even sounds across all frequencies but distinctively enhanced lows and highs. It also has a fuller bass and overall complex overtones, with a unique metallic ring other woods cannot replicate.

Sapele is often compared to mahogany, at least tone-wise since it lacks mahogany's appeal in looks. It can match the warm tones of mahogany in the low and mid-ranges, but it is distinctive in its clear high-end definitions.

Cocobolo has the complex overtone nature of Rosewood on the lower tones. Its unique feature is the slow decaying harmonics which make the notes linger longer than most. It also offers well-balanced tones with loud volume and sustain. Cocobolo is stunningly beautiful as well.

Bubinga is a new addition to tone-woods, and it is often called African Rosewood due to similar tonal features. It has quite an aggressive quality which makes it produce rich sounds and an excellent sustain.

Koa is the traditional wood used in the construction of Ukuleles, a testament to its unique acoustic traits. It has clear tones, and its best quality is that the bright tones sweeten over time to produced well-rounded high notes and a rich emphasis on the low ones.

New music for your ears

Here are some hot new artists found by our friends at `Round Magazine. You might not have heard of them yet, but have a listen and see if they deserve a spot on your playlist.

Rising stars of the Celtic Punk scene - which is totally a thing - Shanghai Treason are a breath of fresh air in a hard-rock scene that feels increasingly stale. Putting accoustic instruments and traditional Celtic rhythms front and center gives them a bit of a classic Flogging Molly vibe, while mixing in some Buzzcocks (who they've opened for) and other classic punk, backing it up with hard drums and guitars. The result is a heady mix of styles that hits hard, without feeling oppressive. Their self-titled debut album is due to drop later this year.

The band are also quite socially conscious, spending much of 2020 doing gigs for homeless charities - so you can feel good about supporting these great up-and-comers.

What happens if you cross fun. with the Beach Boys? It might sound a bit like Stables. This smooth indie-rock duo from London immediately impresses with their lush, longing vocal harmonies and production that mixes elements of acoustic and electric. They've also got a real sense of humor about themselves, as evidenced by their silly obviously-greenscreened video forÂ Marathon. They've released two full albums since their 2016 debut, and continue to gain fans around the world.

They also roast their own coffee, and if you happen to see them at one of their many live shows or festival appearances, you might score a custom blend.

Prog-jazz isn't dead, although if the aptly named Otakusuite is anything to go by, it's still pretty nerdy - and bless them for it! This instrumental trio out of Pisa, Italy, play an impressive mix of prog, jazz, stoner improv, and psychedelia which shows there's still room for intelligent and exciting instrumental tracks in the modern music scene. Their musicianship is already impressive, with very little of the ramblingÂ often associated with prog or fusion, and their debut 2020 album "Eggs" is a seriously fun trip - in more ways than one.

Hailing from Alberta, The Den are a deliberately throwback smooth indie band who immediately impress with their smooth grooves and gorgeous lead vocals from Mollie Wassenaar. Their sound is unapologetically 90s and brings to mind many of the great singer-songwriters from that era, but with beefed up instrumentation and a modern mindset. They formed in 2017, and released their first full-length album, Motions, in August 2021.

When it comes to sheer talent, Sam Eagle truly impresses. This young man from Essex is barely in his twenties, but he's already an accomplished multi-instrumentalist who produces his works almost totally solo. Guitar, bass, drums, keyboards, he really does it all - and topped off by a smooth soulful voice. He even directs his own music videos, such as this genuinely impressive faked one-take video for his ultra-groovy Funkenheim.

Sam Eagle is the proverbial full package, and we're expecting great things from him.